Achievements can have groups added to them that allow for alternative requirements to unlock an achievement. These are called Alt Groups,

In this dummy example for Contra (NES) the achievement requires, "While on stage look up or crouch." Lets look at what's in the Core group and in the Alt groups: 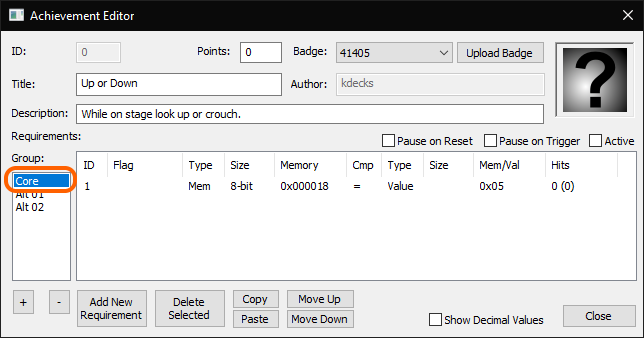 Advanced: An Alt group can be used to create a ResetIf condition that is only active some of the time.